Archeologist and presbyter. He carried out prominent scientific work and important archaeological excavations in Majorca, 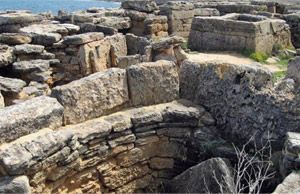 such as the ones at the “Sa Cometa des Morts” cave (Escorca) and Son Maimó (Petra).

He took part in the excavations for the Son Real archaeological ruins in Santa Margalida (report in the culture section) and “Cova Massana” in Campanet.

In addition, he directed a campaign of underwater excavation of the remains of the “Sec” (1972).

He has also excavated in Menorca, where shuttles of “Sa Cova”, of “Son Morell Gran” by Binimaimut and “Cales Coves.”