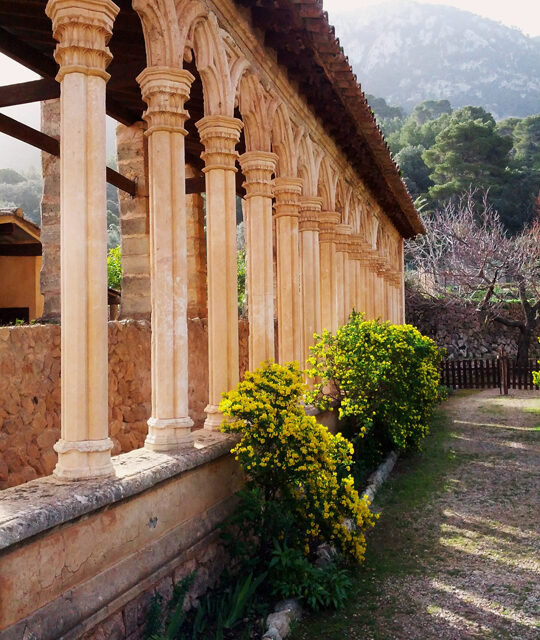 Along the Valldemossa and Deià coast, the pine and olive grove covered Serra de Tramuntana gives way to spectacularly colourful and beautiful coves.

Since he was a young man, Archduke Luis Salvador, studied geography, natural sciences and languages. Back then Mallorca was virtually unknown to tourists and he became one of it’s first lovers, buying various properties on the island. Today we can still visit two of them: Miramar and Son Marroig. He built a cloister in the Miramar gardens, with gothic archways, that belonged to the Santa Margalida convent (Palma). The 13th century columns are another great feature of this amazing estate.

Son Marroig is home to pictures, books and works of art, including Greek and Roman ceramics and canvases, it is also where Deià’s International Music Festival is held. The ionic Carrara marble pavilion, is a highlight in the garden area.

Archduke Luis Salvador wrote an extensive book about the Balearic Islands, Die Balearean, describing their nature and inhabitants (including their customs, agriculture, traditions and literature).