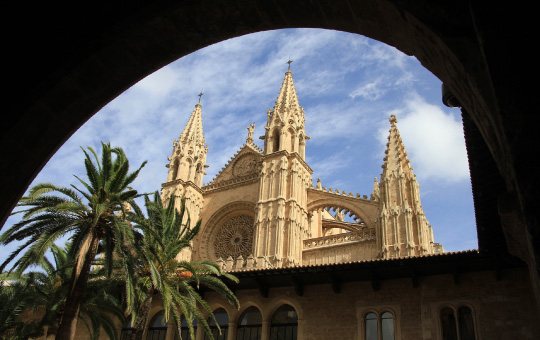 Popularly known as La Seu, construction began in 1229 and went on for three centuries. In 1931, the building was declared a Historical-Artistic Monument. 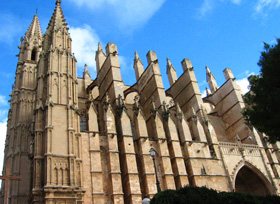 It is the second highest Gothic cathedral in Europe. The tall central nave is supported by wide buttresses and a double row of flying buttress arches. It is covered by a cross vault.

The fourteen octagonal pillars are a true feat of architectural engineering, creating an extensive interior of over 6,600 m2.

Recently, a large ceramic mural by Miquel Barceló has been added. Palma Cathedral houses an interesting museum, which can be accessed through the Almoina, next to the bell tower. 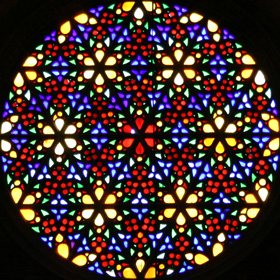 This cathedral boasts the largest Gothic rosette in the world. The way in which the sun’s rays play on the cathedral’s interior twice a year (specifically in mid-November and during the first days of February) is famous worldwide.

The sun’s rays shine through the main rosette in such a way as to cast two rosettes of light into its interior. 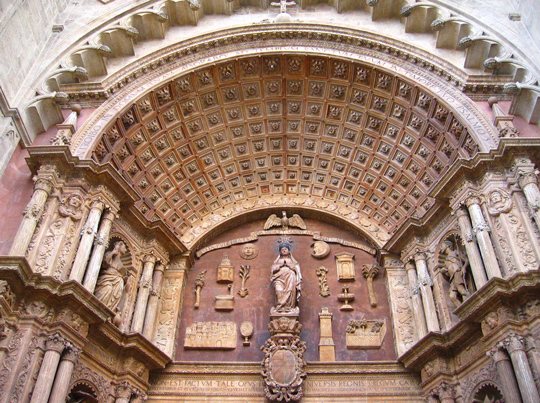 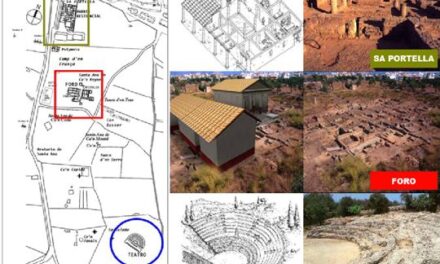 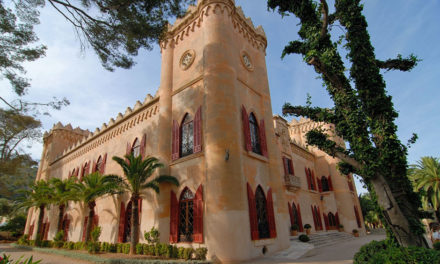 The Temple that’s still of use in Palma de Mallorca