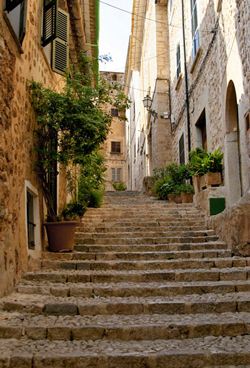 Fornalutx is a much-visited colourful village, in the centre of the Serra de Tramuntana mountains. Its origins go back to the Middle Ages and it grew up around the site of a primitive Moorish farmstead, as is indicated by the old streets in the highest part of the village, which are narrow, winding and steep. 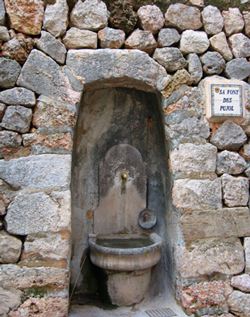 Nearly all these stone streets are stepped.

The entire village is of great architectural and aesthetic interest, with buildings kept in fine condition.

The stone entrances, the austerity and simplicity of constructions, together with their ornamentation, mean that the houses of Fornalutx are fine examples of traditional Mallorcan mountain architecture.

The village is linked to agriculture, with vegetable, orange and olive cultivation being the driving force behind the economy until the 1960s. 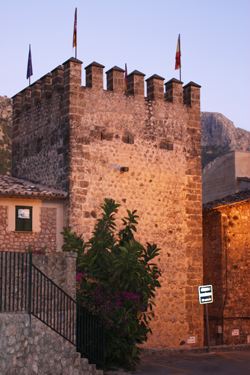 As you enter Fornalutx you will come across the Casa de la Vila (Town Hall), which includes a defence tower which dates from the 17th century.

The Parish Church is another of the village´s outstanding buildings; this was originally a 13th century Gothic construction, but it has undergone many renovations and its current style is more Baroque, with a single nave covered by a half-barrel-vault ceiling and lateral chapels.

Popular art is in evidence in the form of painted tiles. A widespread custom in the 16th century, they have a dual decorative and symbolic function: they were designed to defend the house and its inhabitants from misfortune.

Its name comes from “fornal” or “ferreria”, meaning a “blacksmith’s forge”, with the Mozarabic toponym suffix ‘utx’ added, itself a derivative of the Latin suffix “ucem”. 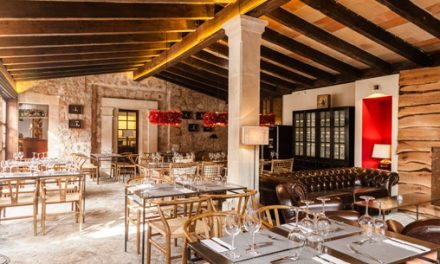 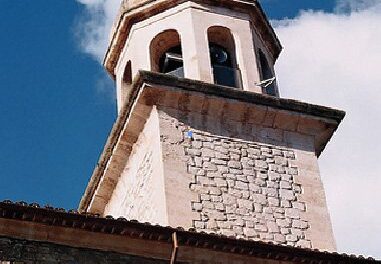 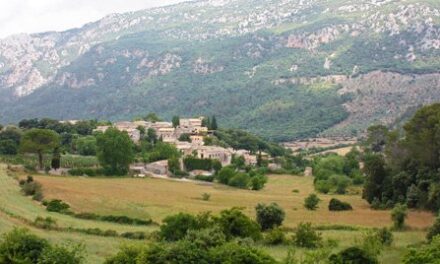