The Moors and Christians Festival in Sóller, to the north east of the island, commemorates the great feat of 1561, when the local population beat off an attack by Turkish and Algerian pirates. Known as Es Firó, the holiday is celebrated on the Monday following the second Sunday in May and is one of the most deeply-rooted of the local calendar. 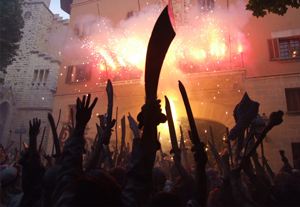 It is religious in origin and is a playful event, but it is its theatrical element that makes it unique.

The participants, for the large part, young people from the town itself, split into two sides –the Moors and the Christians–, dressing up and recreating the battle which ended with a Christian victory. 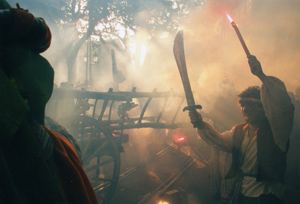 The re-enactment commemorates the battle which took place on 11th May in the year 1561, when guards of the Coll de S’Illa barracks looked out and saw 23 boats with 1800 Turkish and Algerian soldiers arriving.

Women played an important role in the scuffle, killing two pirates with the crossbar of a door.

Saracen raids were very common throughout the 15th, 16th and 17th centuries. During this time, there were repeated raids all along the Balearic coastline, with Mallorcan towns Alcúdia, Andratx, Pollença and Sóller suffering the most.

The watchtowers spread throughout the island remain as silent witnesses of past events –in Sóller, for example, the Sa Torre Picada, on the Costa de la Atalaya– and can be visited today as part of the many cultural routes. 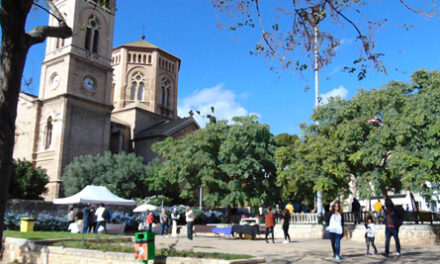 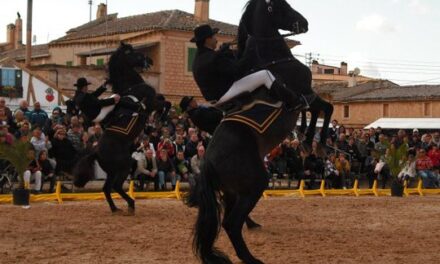