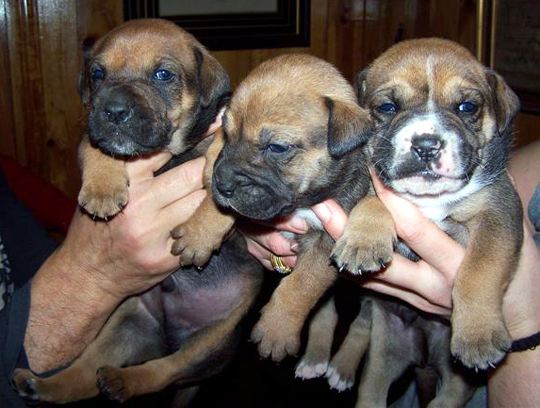 The origins of the Ca de Bou breed, as in the majority of the antic canine breeds are a somewhat confused. If we look for an origin of our breed, this has to be through the catch or presa dogs that arrived to Mallorca in 1229 with Sir. Jaime I the Conquest. 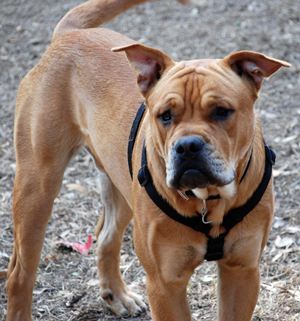 These dogs where Spanish Presas or Alanos, similar to which later were used in the conquest of America. These dogs, were carried by the Horsemen of Malta, famous order, whose denominated distinction was the White Lebrel, and was given to that horseman who distinguished itself in combat. These dogs, where the best in guarding and ferocity, they where used to open breaches in the enemy armies.

Once Mallorca was conquered, they settled down, crossing between them and other native dogs and making a big group of presa dogs that were used basically for working with the vaccine cattle and the guard of people and properties. Since XIII century, the Union of Butchers or Cutters, used these dogs as helpers of the butchers or slaughterer, for the sacrifice of the head of the cattle, by his powerful subjection and prey of its jaw. 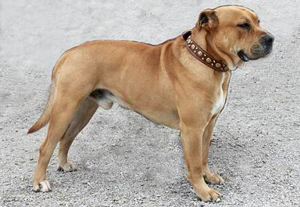 This racial grouping, also was used in the XIII, XIV and XV centuries for the hunting of the wild board and red deer, that in those years, they were many of them in Mallorca, also being used in the XV, XVI and XVII centuries by brigands and attackers of ways as their pursuers or bailiffs for the capture of them. Thru the years, this population of prey dogs, was crossed not only as a circumstantial way but also as premeditated form, with another racial grouping, same as the previous defined and whose work was basically the one of the pasturing of ewes, looking for in these crossings, to very possibly improve the functionality of both groupings, being its result, the embryo of the modern Ca de Bou. 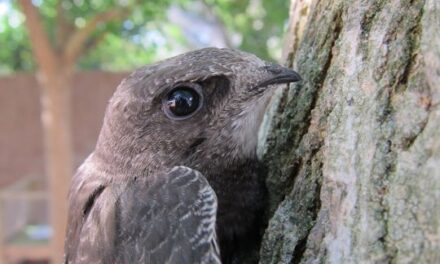 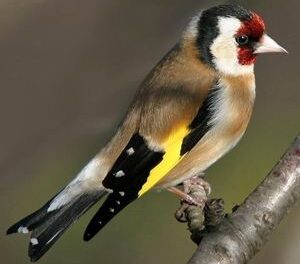