When that came out of Siurell figurine, have been attributed to this small flute magic forces. The winds of Mallorca, Gregal, Llevant, Xaloc, Migjorn, Llebeig, Ponent, Mistral and Tramontana, sometimes infused with fear. For the inhabitants were uncontrollable forces of nature to which they were exposed without remedy, and employing the Siurell whistles as a kind of totem to the stormy winds. 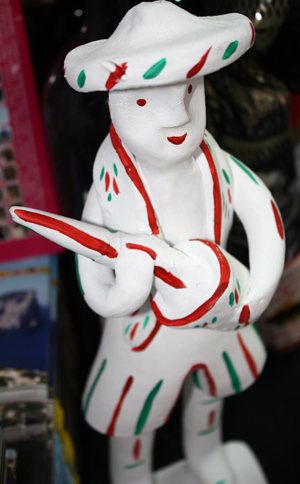 Its origin dates back to ancient times. Some think it comes from an old toy Arabic.

In Mallorca popular opinion is that the Phoenicians imported, there are similar forms in Sardinia, Ibiza and Crete.

Similar forms of Crete are in the museum Hiraclion from excavations of the Palace of Knossos.

It is also thought that may come from the Greeks many centuries before Christ.

Siurells are a mystery. No one knows how old this, not its meaning or origin. Some think it’s just a toy but also think you may have a religious value.

Some overlap and similarities link it with the archeology of Crete, Cyprus, Greek, ardinian. 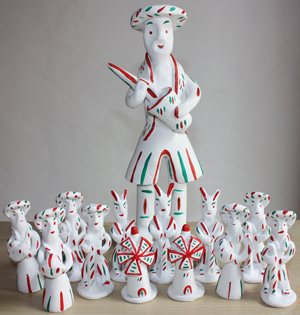 In Segovia there are similar figures with whistle but also shows features Siurell Majorcan folk dances.

Modern discoveries Siurell put the background on the twelfth century.

The fact is that many researchers are looking for the true origin of Siurell but have only hypothesis without reaching any definite conclusion.

The Siurell a piece of clay is placed over a pedestal, with a whistle, and painted white with green and red brushstrokes. It begins by modeling the different parts of the piece to be added to one another with a lighter mud is said llamuga. After drawing up the whistle, the cornerstone of siurell since it is named.
When cooked, take a bath of lime. Below is painted with splashes of green and red. 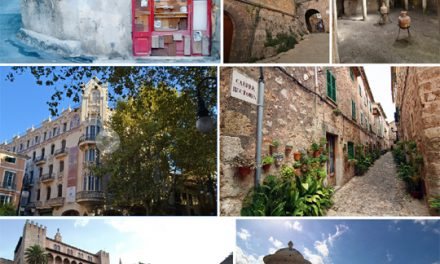