Arum pictum has large leaves like Arum italicum, but they have clearly visible white veins and a fine reddish line along the leaf’s margin. 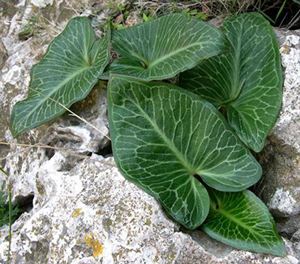 On the contrary to Arum italicum, it flowers in autumn; the spathe has reddish colours and the spadix is very dark. It lives in dry garrigues (Mediterranean woodland). This species is a Tyrrhenian endemism (Eastern Balearics, Corsica and Sardinia). 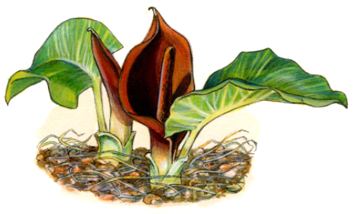 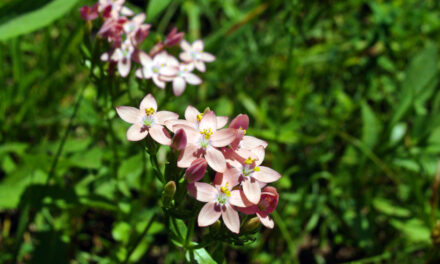 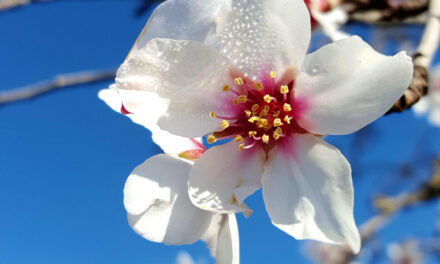 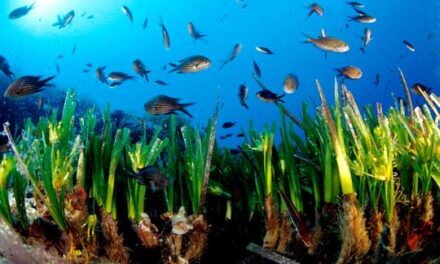