The Macià Batle wine cellars are located in Santa Maria del Camí, in the heart of Mallorca. The company began its activity in 1856 and is now one of the island’s most established wine cellars. Its wines, sold under the Binissalem-Mallorca Denomination of Origin, are exported throughout Europe, but are consumed first and foremost on the Island itself. 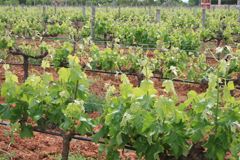 Here, its main customers are tourists and, increasingly, the residents of Mallorca themselves, attracted by the numerous international won by these native wines throughout the world.

The wine cellar’s manager, Ramón Servalls, who is also the president of the Balearic Wine-Producers Association, states that the company is made up of twelve large wine cellars and constitutes 80% of the market. 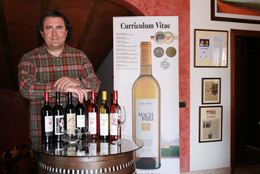 Is wine cultivation experiencing a boom? Yes, he recognises that there has been a rise in the number of smaller wine cellars, and provides statistics: in just five years, the number of wine cellars on Mallorca has tripled and it now boasts some 2,000 hectares of vineyard. “Vine-growing is in fashion and these Mallorcan wines are being offered in hotels more and more, alongside typical Mallorcan and international cuisine”.